Latest Recipes Straight To Your Inbox Join on Facebook
↑

Hashbrown Casserole with Ham is full of cheese and a delicious creamy potato base. Perfect for breakfast, you will love how many this easy to make casserole serves and everyone will enjoy every bite in the morning! 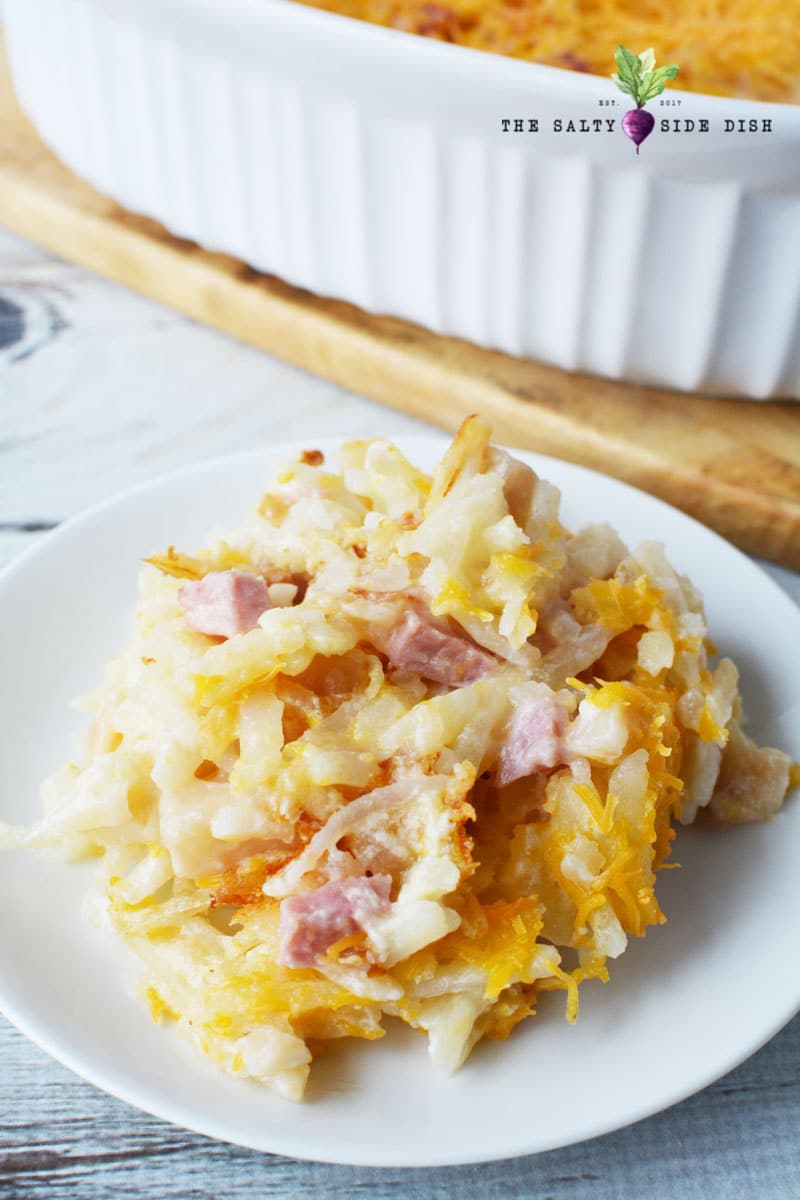 This hashbrown casserole with ham makes a perfect breakfast!

Great to make on holiday mornings (or after a holiday with left over ham pieces!) this breakfast casserole is simply a base of hash brown potatoes, creamy potato soup and sour cream, with melty hot cheese and diced up ham.

Scroll to the bottom for a printable version of this post, including all measurements and instructions, so you can follow along in your kitchen without being on your phone.

Here is what you need to gather to get started:

This recipe is really forgiving. While it will change up the flavor,  you can substitute cream of potato with cream of chicken or cream of cheddar soup in a pinch.

Where is the Ham?

Ham and Hash brown casserole is great when you have left over ham, but what if you don’t? No problem at all!

You can buy diced ham in the prepackaged meat area (by the turkey, etc) that you can use for this casserole.

You can also buy chunks of ham typically in the meat departments, all pre-cooked.

Will the Hash Browns Crisp up?

No, the bottom base of hash browns act as potatoes and are not the same as skillet fried hash browns, which crisp up in oil.

Preheat oven to 375 and grease a 2.5 quart casserole dish (typically a 13 x 9 pan) with nonstick cooking spray and set aside. 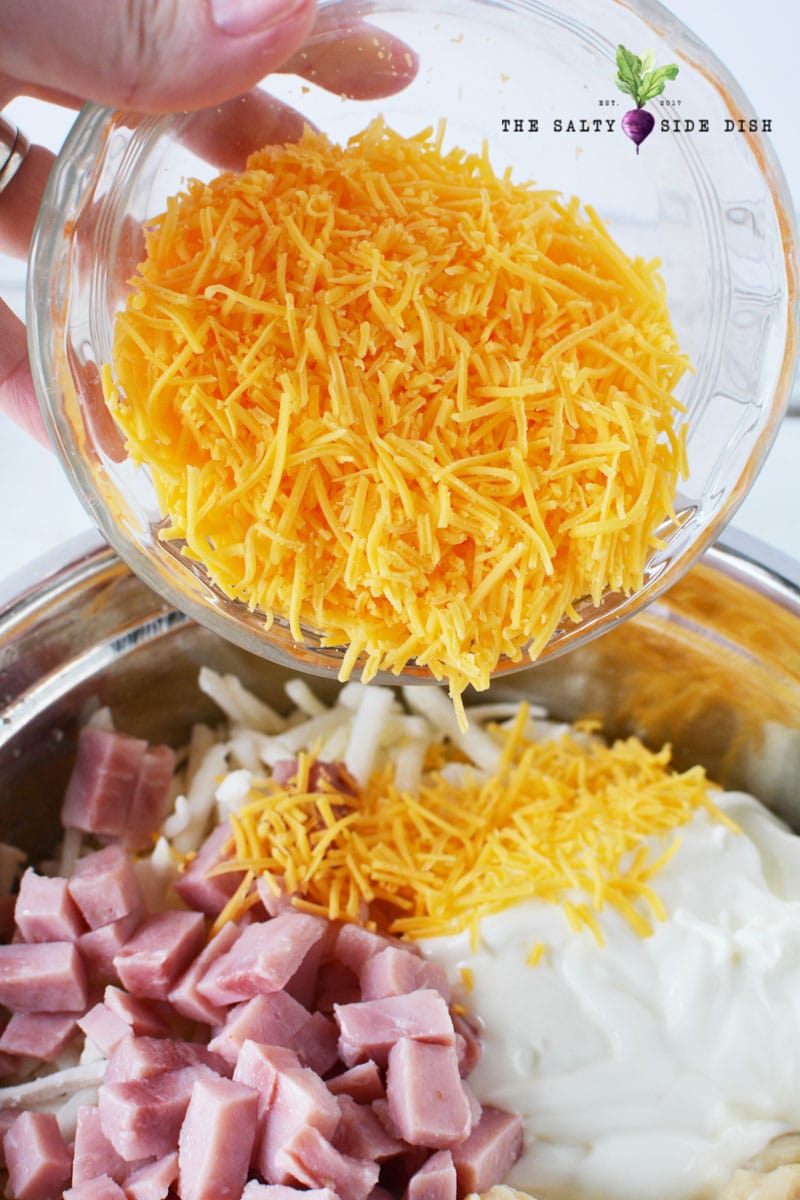 Mix well to evenly coat everything in the bowl.

Bake ham and hash brown casserole, uncovered, for 45-55 minutes or until center is hot and cheese is melted.

Can you prep Ham and Hash brown Casserole the night before?

You can, but its best to fully defrost your hash browns to eliminate any extra water in the mixture. Drain any excess and then proceed in preparation as normal.

One thing I really took advantage of this year was breakfast casseroles.

They can be salty with lots of cheese or sweet (like my French Toast Casserole) and take no time at all to make.

But what I really love are filling hearty casseroles and hash browns are SO good as a perfect base to keep you full all morning long!

I also use hashbrowns in my two other super popular breakfast recipes that you should check out!

The morning doesn’t always have to be about casseroles!

You can serve with one of these other breakfast recipe ideas:

Please see article about prepping this breakfast casserole ahead

Nutritional information is automatically calculated with ingredients and serving size and may not be accurate. Please always double check with your own nutritional apps as well.

Did you make this recipe?

We are a participant in the Amazon Services LLC Associates Program, an affiliate advertising program designed to provide a means for us to earn fees by linking to Amazon.com and affiliated sites

Latest Recipes Straight To Your Inbox Join on Facebook

View All Recipes
We are a participant in the Amazon Services LLC Associates Program, an affiliate advertising program designed to provide a means for us to earn fees by linking to Amazon.com and affiliated sites
Pin